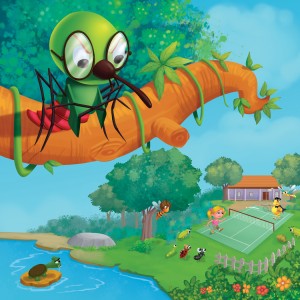 I am sure that you have heard a pro or two make an annoying grunt during every shot they hit. After a while it makes you think that they might be game playing trying to distract their opponent. If I were playing them it would certainly distract me! But, in actuality there is a lot to be said positive for that annoying grunt. Breathing out is a release that relaxes the whole body when you hit the ball making for a much smoother, more powerful shot that is easier on your body. The more you hold your breath while you hit, the more your body will tense and you will end up using your muscles to hit the ball instead of natural gravity. Try to breath out as much as possible, loosening your grip, and letting your follow through go naturally where it wants to go. You will be a much better player and eliminate some of those injuries that are caused by putting too much stress on your muscles! If you make a grunt while doing it, well that’s okay too, it will make your opponent have to concentrate that much harder!